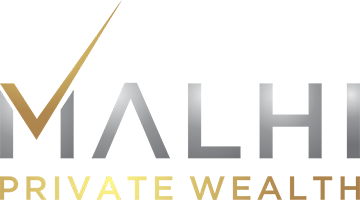 How the new government could impact your finances

As the dust settles on the 2022 Federal election, and a new government is ushered in, how might your finances be impacted?

‍Hoping to get a foot on the property ladder? A shared equity scheme will offer a helping hand. Under a Labor government there won’t be the possibility of raiding your superannuation savings to get into the property market. Under its proposed scheme the government will provide eligible homebuyers with an equity contribution of up to 40 per cent of the purchase price of a new home and up to 30 per cent of the purchase price of an existing home. The homebuyer will need to have a deposit of 2 per cent and qualify for a standard home loan with a participating lender to finance the remainder of the purchase. The scheme will be available for individual Australians with a taxable income of up to $90,000 and $120,000 for couples. The scheme is not just for first homebuyers but to be eligible the buyer must not currently own or have an interest in a residential dwelling. There are caps on the value of the property that may be purchased. In Sydney and NSW regional cities it is $950,000; in Melbourne $850,000; and in Brisbane $650,000, for instance. The purchaser can pay back the government or it will recover its equity and its share of the capital gain when the property is sold.

‍Labor has pledged to go ahead with the third stage of tax cuts put forward by the previous Federal government. Those cuts will see everyone earning between $45,000 and $200,000 paying 30 per cent in tax from 2024. That means the 37 per cent tax bracket for those earning above $120,000 will be scrapped.

‍For anyone wanting to make the move to an electric vehicle Labor has promised to introduce tax breaks. It could save people about $2000 on a $50,000 vehicle.

‍There are a few proposed policy changes that could benefit senior Australians. From July 1, 2022 the age at which people become eligible for the downsizer scheme will be lowered from 65 to 55 and the proceeds will exempt from the pension assets test for two years instead of one. That will allow Australians from the age of 55 to downsize their home and make a non-concessional contribution of up to $300,000 into their superannuation without affecting their contribution limits. Labor promised to freeze deeming rates at their current levels for two years and more people will be eligible for the Senior Health card as the threshold is raised to $144,000.

‍More generous subsidies are promised including locking in the previous government’s changes for second and additional children. It would also raise the maximum subsidy rate to cap it at 90 per cent for the first child in care. It has a long-term goal of providing a universal, 90 per cent subsidy to all families. The family income threshold would be lifted from $354,305 to $530,000 and there would be no annual cap.